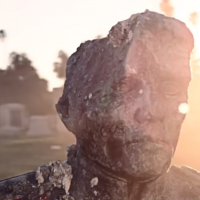 Reprise Records will release a greatest hits album from MY CHEMICAL ROMANCE, entitled ‘MAY DEATH NEVER STOP YOU’, on MARCH 24TH, one year since MCR announced that they had called it quits on March 22nd, 2013. The album contains the brand new track ‘Fake Your Death’ which is now available online after it received a global premiere courtesy of Zane Lowe at Radio 1. One of the last songs the band worked on in the studio together, ‘Fake Your Death’ is now available as an instant grat track for fans who pre-order the album.

“The title is fitting, because as sad as it was to say goodbye to the band, we look at this collection as a celebration of our best songs, and hope the memory of them continues to bring joy to you all as they have for us,” said band members Gerard Way, Mikey Way, Frank Iero and Ray Toro in a statement. “We hope you take the journey with us into MCR’s past, and enjoy the small taste of what might have been.”

The collection spans the decade-plus career of this remarkable band, whose goth-tinged, theatrical punk-pop sound earned them legions of devoted fans. It features their most beloved songs, including the hits ‘I’m Not Okay (I Promise)’, ‘Helena’ and ‘The Ghost Of You’ from 2004’s ‘Three Cheers For Sweet Revenge’; ‘Welcome To The Black Parade’, ‘Famous Last Words’ and ‘Teenagers’ from 2006’s ‘The Black Parade’; and ‘Na Na Na (Na Na Na Na Na Na Na Na Na)’ and ‘Sing’ from 2010’s ‘Danger Days: The True Lives of the Fabulous Killjoys’, plus many others. Please see the full track-listing below.

In addition to ‘Fake Your Death’, other rare material includes three songs from the infamous ‘Attic Demos’, as well as a long-form DVD with two hours of never-before-seen outtakes from MCR’s official music videos.

‘MAY DEATH NEVER STOP YOU’ will be released as a Standard Digital Album (audio only) and as a Digital Deluxe Album (with audio and DVD content). It will also be released as a standard CD (excluding the DVD content); as a Physical Deluxe edition that includes the DVD; as a 180-gram vinyl two-LP set with a gatefold sleeve, plus the DVD; and as a DTC package, which includes a ‘Thank You For The Venom’ t-shirt.

The track-listing for ‘MAY DEATH NEVER STOP YOU’ is as follows: