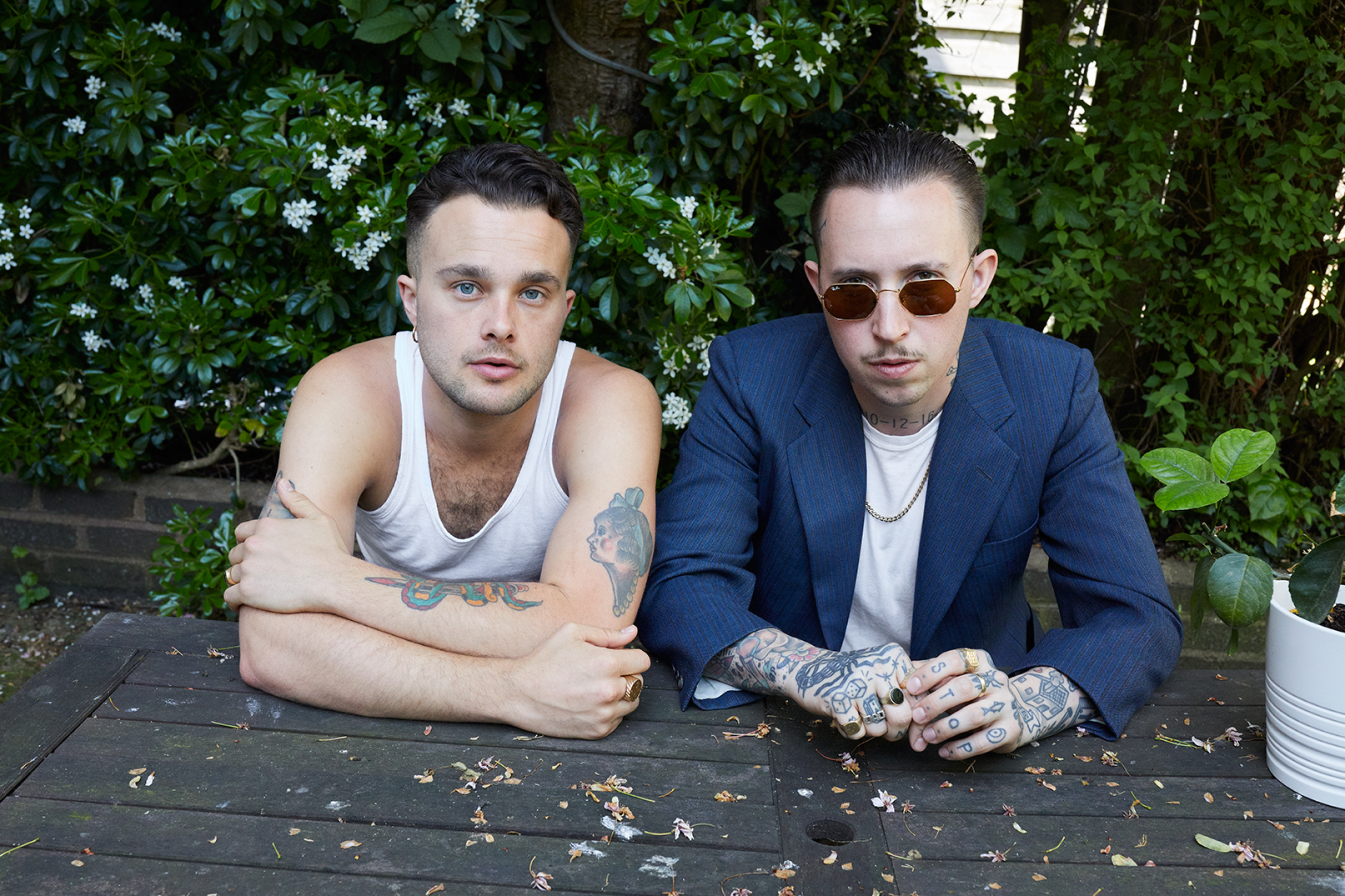 Slaves have announced their third album, reminding us that: There’s no such thing as hate, only acts of fear and love!.

The band’s third album reflects that fear and love may actually be the biggest motivators in the world at the moment. Following the release of their recent single ‘Cut and Run’, Slaves have crashed back onto the scene with the announcement of ‘Acts of Fear and Love’, released through Virgin EMI/AMF Records on the 17th August. You can pre-order the album here.

Working with previous collaborator, producer Jolyon Thomas (Royal Blood, U2) in Brussels, the band opened themselves up to a new sonic territory. Not concerning themselves with other people’s expectations of what a Slaves album should sound like the band have experimented with their style, without any boundaries; embracing pop song writing and tender moments alongside the more traditional hardcore riffs and scream-along choruses.

‘Acts of Fear and Love’ is really a philosophical, bold and direct statement that’s spawned from everyday chatter. In this instance it was a memory of Isaac’s college teacher who once told him: “There’s no such thing as hate – just acts of fear and love.” The thought poured out of Isaac’s mouth when he was talking to Laurie one day. “And I was like, ‘That’s it!’ That’s the lyric,” recalls Laurie. “And Isaac goes, ‘Really?’” This is the alchemy of Slaves. Neither Laurie nor Isaac seem able to move forward without the other, they’re one another’s biggest cheerleaders. When asked what it is about their chemistry that continues to reap dividends, they stumble. Laurie thinks. “It’s like… My fingers and your arms,” he says to Isaac. “You smashing those skins and me playing those strings.

The record has a more personal feel, which is also evident in the artwork and accompanying photos, with the band eschewing their more traditional artwork style and collaborating with, renowned fashion and documentary photographer, Juergen Teller. His naturalistic style catching the band in more candid, though still tongue in cheek, shots than they have been seen in before. On the album cover is Bart, Laurie’s son and it is the first time the band have been on their own artwork too.

“If a kid didn’t wanna be in a photo you’d sense it. There’s something about Bart. He gave us permission,” Laurie says.

Live, the band have always been an absolute powerhouse, but no matter how big they’ve gotten they’ve always found reasons to go back to the kinds of pubs and bars where they made their name, giving it their all whatever stage they’re on, whether it’s London’s Olympic stadium or the Tunbridge Wells Forum.

Now the band have drawn on their roles as ambassadors for the Music Venues Trust to pick out four small independent venues across the length and breadth of the UK where the band will play intimate shows to hardcore fans. The “I Would Drive 500 Miles and I Would Drive 500 More and Then Drive 126 More Tour” will take them to Colchester, Pontypool, Dunfermline and Dover through July. Tickets will be available to fans who preorder the album from the band’s store.

‘Acts Of Fear and Love’ – Tracklisting:

1. The Lives They Wish They Had

9. Acts Of Fear And Love