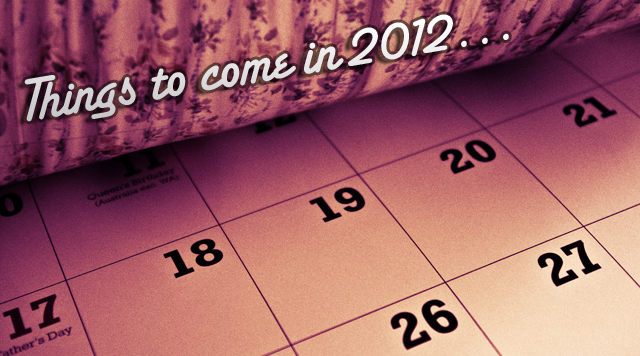 We’re officially a third of the way into 2012, and a lot has happened so far in the worlds of music, film and TV – and there’s so much more to come.

We’ve been on some great tours (McFly and Bowling For Soup were amazing) watched some great TV and some pretty cool films have hit the cinema – what’s left to look forward to?

Effin’ loads, that’s what. Together with our readers we’ve come up with a list (we love our lists) of great things still to come this year.

The Good Wife, Pretty Little Liars and Fringe – oh my!
TV is pretty fantastic at the moment, isn’t it? Here at Flecking Records, we get way way into our favourite shows and as far as we’re concerned it’s all real so we laugh and cry along with our favourite characters.
If you’re in the US then last night saw the Season 3 finale of legal drama The Good Wife, but here in the UK we’ve still got it to look forward to. Also coming up this year we have the return of The Killing (Season 2), Season 3 of Pretty Little Liars and the season finale of Fringe (Season 4). Great news for Fringe fans, the show has been picked up for a fifth and final season – but Fringe bosses, just make sure you bring back Agent Charlie Francis – played by Kirk Acevedo – please.

Films Galore!
2012 isn’t just great for small screen entertainment, there are some pretty amazing films heading to the cinema too.
We’re lovers of 3D here at FR, so we’re pretty excited about the following: Piranha 3DD, Madagascar 3: Europe’s Most Wanted, The Texas Chainsaw Massacre 3D, Finding Nemo and Men in Black 3. Just make sure you look cool in your 3D specs.
If extra dimensions aren’t your thing, not to worry. Sacha Baron Cohen’s The Dictator is heading our way as well as American Reunion and The Lucky One (which stars a buff, sometimes shirtless, Zac Efron).

Festival Season!
Summer is approaching, you know what that means… festival season!
We love a good festival, roadshow or pretty much anything else that involves fields and music. Whether you want to rock out at Reading/Leeds Festival or shake your butt at Party In The Park Leeds, there’s something for everyone. Other faves include Bestival, Jolly Day Out and over in the US Bamboozle and Vans Warped Tour.

All Things Adam Lambert!
How much do we love Adam Lambert? Too much, that’s how much. Naturally we’re delighted about all the big things he’s got going on this year. From his gigs with a band you might have heard of – called Queen – to the release of his second album, it’s all so exciting. Trespassing will be released in the US on May 15 and on July 2 here in the UK.
Check out his first single, Better Than I Know Myself, from the album below.