In an unusual twist, the launch of Big Brother 2013 has been split over two nights.

We got the first batch of housemates last night (who you can read about here), so let’s meet the others… 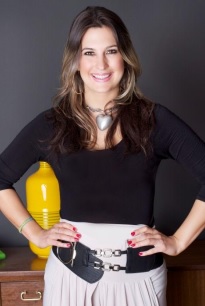 Forming the very first mum / daughter partnership in the BB House, Charlie is bossy, stubborn and very often complex. She has a love / hate relationship with her mum Jackie who is also going into the house. She admits to insecurities and feels she doesn’t fit in with her family – but also admits she is very demanding.
Charlie enjoys playing mind games and says she is extremely confrontational and aggressive. However, she is also cheeky, naughty and playful if the mood takes her. Drama always seems to follow Charlie although she doesn’t know why…
Her Dad works in property and lives with her step-mum June. She is a ‘daddy’s girl’ and describes her father as “completely my inspiration and hero, selfless, hilariously funny and such a hard grafter for his family”.
When it comes to taking on her mum as a rival housemate Charlie thinks whoever loses their temper first will get evicted – and she says at her worst she is scarier than her mum… 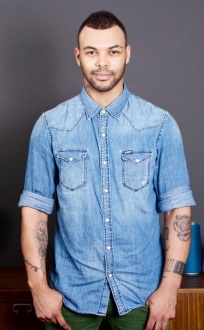 Professional middleweight boxer Daley has been boxing for 10 years. He hasn’t lost a fight in his career.
Daley and his younger brother were put into foster care when he was two. The most important person in Daley’s life is his brother because they have “been through everything together and have come out stronger”.
Daley is successful with the ladies and has never had to make the first move. He has been with his current girlfriend for nearly eight months and says he wasn’t planning on getting into a relationship but he feels like he was waiting for her all his life. In the past, Daley says he was a bit of a rebel and was unfaithful. He thinks he has now matured and become a man and would never cheat on his girlfriend. He thinks he can bring entertainment to the house without “getting it on with people”.
Daley says he is “clean freak” and doesn’t like smelly things. Unhygienic people in the house would annoy him and he wouldn’t tolerate people with bad manners. 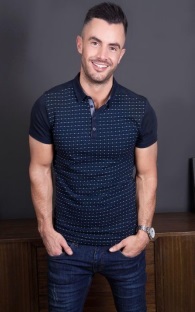 Hunky, gay, police officer Daniel describes himself as an all or nothing person “there’s generally no in between with me”. He has a 13-year-old son from a previous relationship with a woman. He came out when he was 23 and currently lives in Essex with his boyfriend. Daniel considers his son to be the most important person in his life; “I brought him into this world so he has to be the most important”.
Daniel has been a police officer for 10 years and has specialised in child abuse for 4 years. He admits it can be draining at times and sometimes really upsetting but he has enjoyed it because he is making a difference to vulnerable children’s lives. He enjoys being their voice and says it is satisfying to catch the people that have done bad things and see them get sentenced.
Daniel says his best trait is his loyalty and the fact that he is always there for his friends. He claims to fit in well with most people and thinks that most people generally like him. He describes himself as intuitive and thinks he can read people well. Daniel enjoys the gym and feels guilty if he doesn’t go. He is also a big Spurs fan and goes to a few games a season with his dad and his son. Daniel says he is ‘not a typical gay’ and that he didn’t know he was gay as a child. 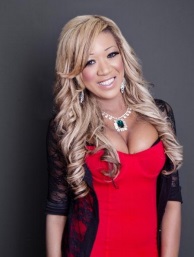 Socialite Gina recently lived in The Savoy for six months fully paid by her parents. She now lives in a house in Kings Cross. She once appeared in a tabloid newspaper a ‘the most spoilt girl in the country. She dropped out of Hertfordshire University where she was studying Fashion and Marketing as “people didn’t party enough”. Her ideal job would be to have her own talk show.
Gina admits she spends money when she is angry, “If I’m angry I feel I deserve certain things”. Gina has never had a real job where she has been employed by a company. She does wardrobe styling and personal shopping for her rapper boyfriend and her mum’s friends who admire her fashion sense.
She lives off a £10,000 per month allowance from her mum which she spends on clothes, make-up, going out, petrol, haircuts, pedicures, manicures and other ways of treating herself. She has saved some money but has no idea how much. She does believe in God but is not religious and neither are her parents. “Fashion is my religion”, shopping makes her happy and she is passionate about handbags.
Gina’s saying is “I’m rich, so I can be a bitch!” She does say that she is not bitchy for the sake of it, only if someone gives her a reason to be. She doesn’t have breakfast but always finds time for lunch. She loves sushi and always meets friends for lunch. Her favourite restaurants are Banca and Nobu. Gina has dated up and coming rapper, Ecksell for over a year. 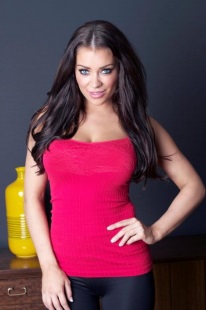 Articulate and feisty, Irish born Hazel wants to show that all models are “not as boring as Georgia Salpa” with whom she had a tabloid feud. Hazel is well known in Ireland for being the former girlfriend of rugby player, Fergus McFadden.
Hazel isn’t afraid to manipulate people in the house. She’s vindictive and always tries to get what she wants. Hazel frequents VIP circles in Dublin and she often manages to get herself snapped with celebrities. She describes her upbringing as a “bit crazy” and is very good at detaching herself from a situation and from people in general.
Hazel always has more male friends than girls and when she started modelling, girls stopped talking to her. A former tabloid newspaper found her through her BEBO site and she has previously posed topless.
Hazel considers her best personality trait to be that she can talk to anyone. She says that she treats everyone the same regardless of their background. Her worst personality traits are “I can be like a terrier sometimes – snappy and irritable”. 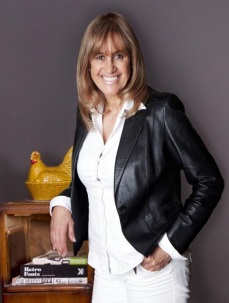 Glamorous mummy, Jackie is attractive and has lots of life experience. She has feisty Italian blood, is unintentionally funny, wears her heart on her sleeve and claims to be “classy but not a snob”. Jackie is divorced with two children and her daughter Charlie is entering the house with her. Jackie feels that spending time with Charlie in a confined space for a long period of time will be a challenge, but one she is looking forward to.
Jackie isn’t religious and doesn’t believe in God. She supports the Conservative party and is a big fan of David Cameron. She believes love is more important than money but both would be good; “I’ve had money but if you don’t have love, what’s the point?”.
Jackie’s biggest achievement so far is becoming a well-known dancer in the 70s. She thinks her best personality traits are that she is fun, honest, flamboyant, sensitive and compassionate. She says her worst personality trait is that she doesn’t always listen to what people have to say and can be too forceful with her opinions.